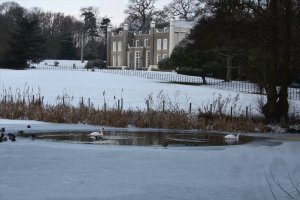 Wistow Pool can be viewed from the Kilby to Kibworth Road. It is the most significant area of water for wildlife as it is undisturbed on three "sides" and has well established vegetation both in the water and around its banks. A small island which has mature trees is a safe place for breeding birds including, in recent years, Mute Swan and Grey Heron. Large Carp and Pike can be seen just below the surface on calm days in summer. 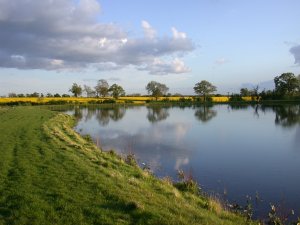 Newton Croft Farm (Irrigation) Lake is an artificial and relatively recent lake. It was initially stocked with trout and fished by a small syndicate but is now stocked as a course fishery operated by Wreake Anglers. The vegetation in and around the lake is still maturing. Even allowing for this and for some disturbance by fishing activities, this is a very good site for water birds and insects (especially dragonflies and damselflies) . 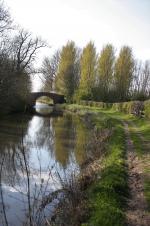 The Grand Union Canal towpath from Turnover Bridge in the west of the Parish to Aqueduct Spinney east of Wistow (and beyond the Parish to Crane's Lock) is a very popular walk. Some stretches are muddy and/or slippery in winter. Although somewhat "over managed" in recent years; there are always interesting plants and wildlife to be seen both in the canal and along its banks. Kingfishers are regularly seen along both the canal and the R. Sence. 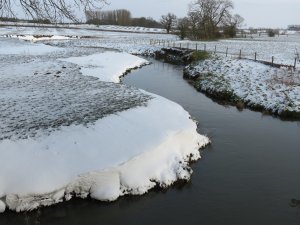 The River Sence mainly flows through private land. However a good stretch, between Wistow Church and Newton Harcourt Manor grounds, has
permissive access and is very popular with walkers. Shoals of Chub and Minnows can be observed when the water is running clear and damselflies, especially Banded Demoiselle, can be very numerous. Grey Wagtail and Little Egret are now seen more frequently than in former years.