The first three months of the year have brought birds to the parish that have seen considerable population increases in recent years.

Julie and Martin have seen two Little Egrets by the river and other morning walkers have also seen this species. Forty years ago Little Egrets were officially classified as rare birds in the UK (fewer than 10 sightings per year); this winter there has been a flock in excess of 20 birds regularly at Stanford Reservoir near South Kilworth; our birds may well come from there.

Four species that have benefitted from reduced persecution in recent years have been seen in the Parish. Red Kite (23rd Jan.), Peregrine (22nd Jan.) and Raven (several dates) have all been seen along the R. Sence and a Great Crested Grebe was on Newton Croft Farm Lake on 12th Feb.

Gadwall, a once rare duck in Leicestershire is fortunately now seen regularly. A pair was on Wistow Pool in early March raising hopes that they might stay to breed, but the birds seem to have moved-on. Other ducks of interest were 4 Wigeon on Newton Croft Lake on 12th March.

Resident birds are in full song by the end of March having started singing in mid-February and earlier. In folklore, Valentine's Day is when our resident birds start to sing and form future breeding pairs. For the next couple of months, enjoy our Blackbirds in full song from first light, and listen out for Great Spotted Woodpeckers "drumming" and Green Woodpeckers "yaffling".

At least two Tawny Owls were calling between one and two am on 28th March, I would be interested in any other Owls seen or heard in the Parish.

Our four species of hibernating butterfly (Brimstone, Small Tortoiseshell, Peacock and Comma) had all been seen locally by the end of March. I am only aware of Brimstone being seen in the Parish but I suspect that the other three species have been in gardens somewhere in our village.

The only "summer visitor" to date is Chiffchaff; in song around the Parish by the end of March. Hopefully the next few weeks will bring Swallows, House Martins and much more! 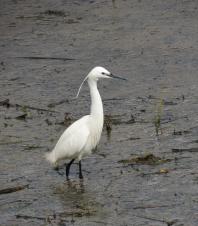